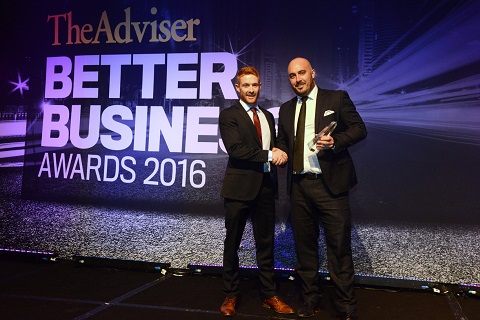 The 2016 award’s season has started out with a bang after Momentum Wealth received two top gongs last month.

Momentum Wealth was named as the winner of the Editor’s Choice Award at the Better Business Awards in Perth in March.

The award is presented to the best company or individual that strives for business success, exhibits a passion for advancement, is a high performer and has a clear competitive strategy.

The winner of the Editor’s Choice Awards is chosen from all nominations submitted for the 16 individual and company award categories, which recognise excellence in mortgage broking and finance.

Momentum Wealth beat Western Australia’s biggest mortgage brokers to be named the winner of the prestigious accolade, which is a great testament to our finance division.

In another major coup for the company, Kent Cliffe was named as Australia’s best buyer’s agent by the Real Estate Institute to Australia (REIA).

Kent won the Buyer’s Agent of the Year Award at the REIA Awards for Excellence in Melbourne last month.

It was the second year running that Kent has won the national award after being named as Australia’s best buyer’s agent in 2015.

Kent won both awards after winning the state-based awards at the REIWA Awards for Excellence.

Kent joined Momentum Wealth in 2010 working predominately as a buyer’s agent before moving into our Corporate Property Services division as a relationship manager, where he works with our syndicate projects.