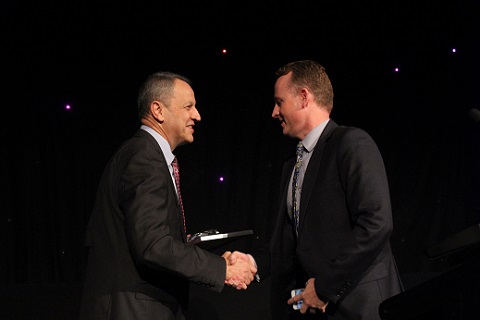 Momentum Wealth was honoured to be named the WA Brokerage of the Year (<5 Staff) at the 2017 Connective Excellence Awards held last month, which was the third major finance accolade awarded to the team this calendar year.

The Connective Excellence Awards winners were chosen for their expertise, integrity and outstanding customer service standards. Connective is one of Australia’s leading mortgage aggregators, accounting for one in every 10 Australian home loans.

The accolade was a great achievement in a competitive category, and Momentum Wealth is proud to be recognised amongst the best in Australia’s mortgage and finance broking industry.

A big congratulations also to Momentum Wealth’s Ashleigh Patterson, who was named Best Newcomer of the Year at the awards ceremony. The award celebrates innovation in business practice that sets the broker apart from the rest.

It has been a successful year for our broking team, picking up two other major awards earlier in the year ‚Äî these were the Best Customer Service award at the Better Business Awards in March, and Best Finance Broker (2-5 loan writers) at the MFAA Excellence Awards in May.