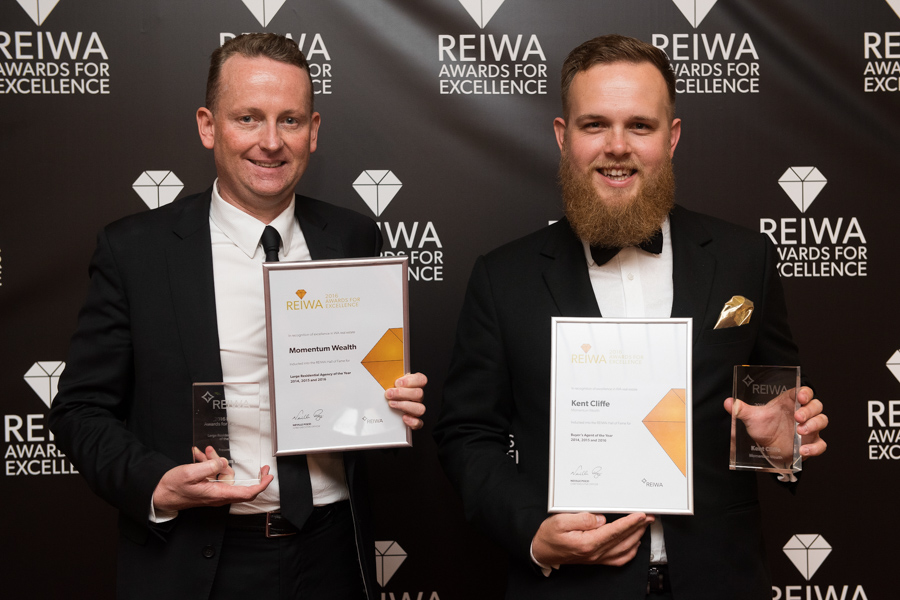 Momentum Wealth has been inducted into the REIWA Hall of Fame after being named the winner of the Best Large Residential Agency Award for the third year running.

The award category was open to all residential agencies in Western Australia and is judged on business and staff development, agency success and exceptional service to clients.

It’s the third consecutive year in which Momentum Wealth has won the Best Large Residential Agency Award after winning the accolade in 2014 and 2015.

Winning the same award in 3 consecutive years made Momentum Wealth eligible to be inducted into REIWA’s Hall of Fame.

“Having been named WA’s best large residential agency 3 years running and being inducted into the REIWA Hall of Fame is a tremendous honour and privilege,” Mr Collins said.

“I’d like to take this opportunity to thank all of our clients for your ongoing support – we would not have been able to win this highly acclaimed award without you and we continue to believe that your success determines ours.”

A big congratulations also to Momentum Wealth’s Kent Cliffe, who was named winner of the Buyer’s Agent of the Year Award at the awards ceremony. This is also the third consecutive year that Kent has won the state award and he was also inducted into the REIWA Hall of Fame.

More than 400 real estate professionals attended the REIWA Awards for Excellence, which received a record number of nominations.

Following on from Momentum Wealth’s state success, the company and Kent will attend the national Awards for Excellence hosted by the Real Estate Institute of Australia early next year.